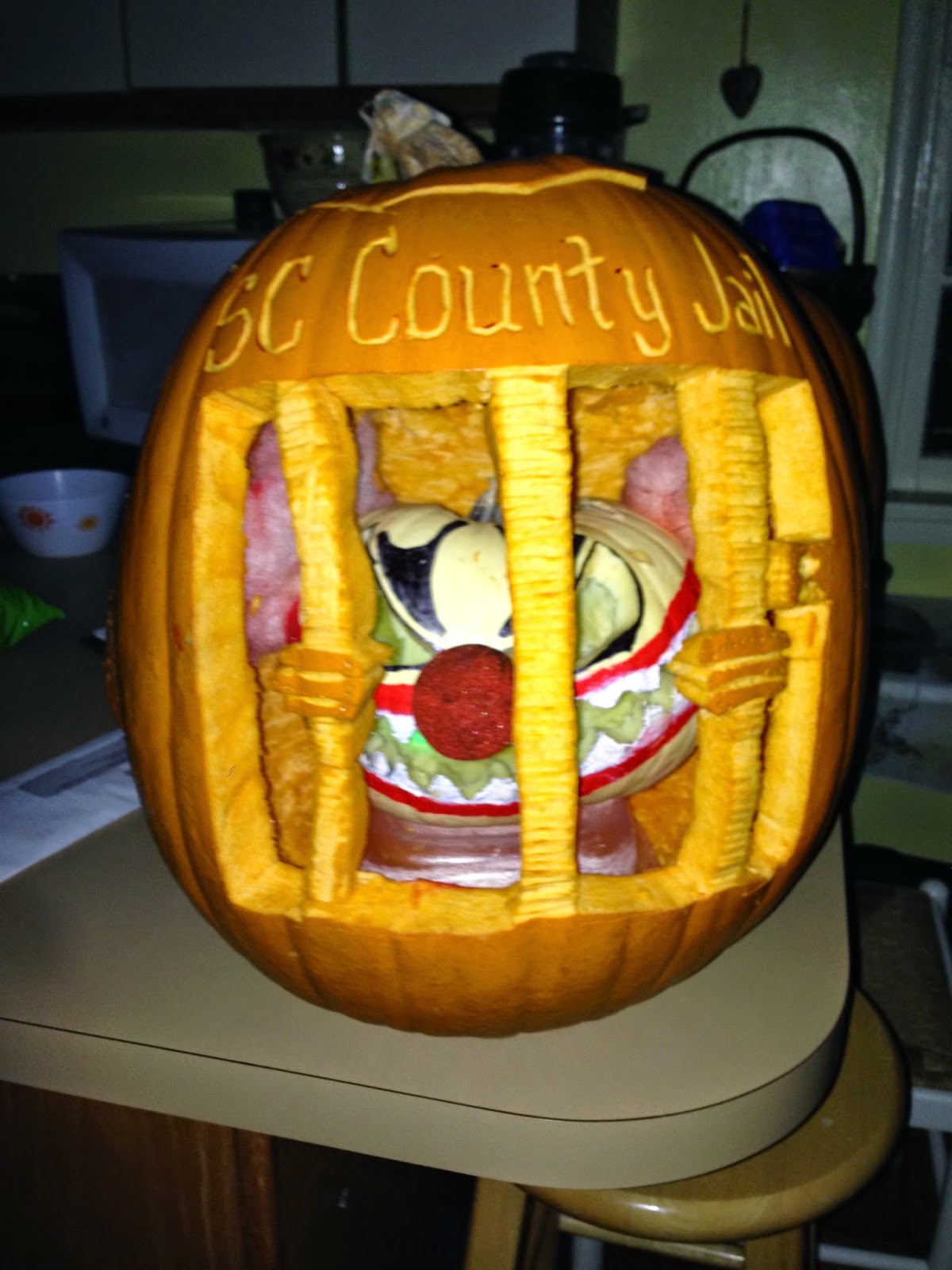 45 Citations Issued
36 were for Triple Fine violations.  Of the Triple Fine citations, 25 were for open containers of alcohol.

1 for mutilation of city trees by a person costumed as “Edward Scissor Hands” who was caught doing some unauthorized trimming of the city trees.

Notable arrests in the downtown were the following:

Case #14S-09037
Two handguns were seized from Watsonville Norteno gang members.  Officers contacted the suspected gang members in the parking structure at Cedar and Church Streets.  One of the suspects was found to have a loaded .40 caliber semi-automatic pistol in his jacket.  The second handgun was found in a subsequent search of the suspect’s car.  The second handgun is a .38 caliber revolver.  Here is a photo of the guns we seized: 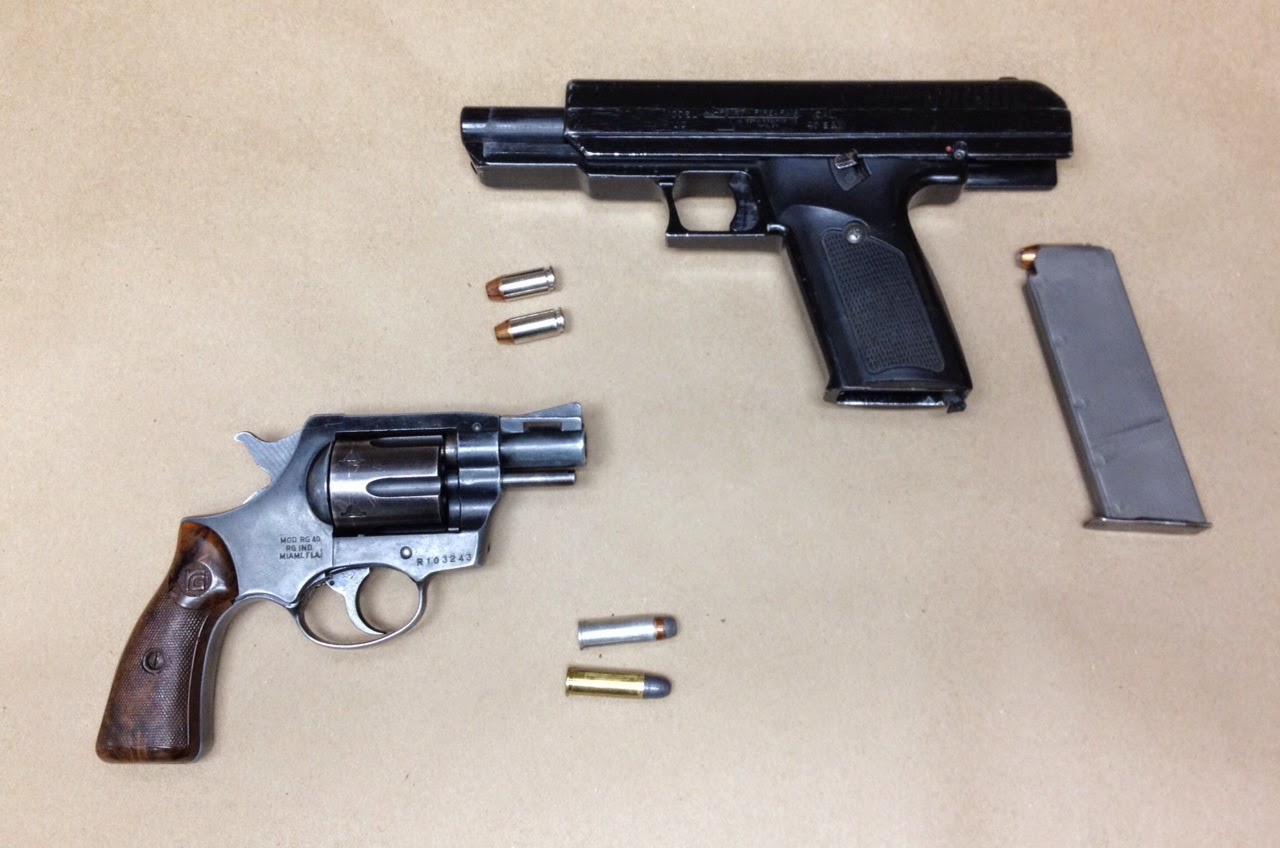 Three suspects were arrested in connection to the firearms: 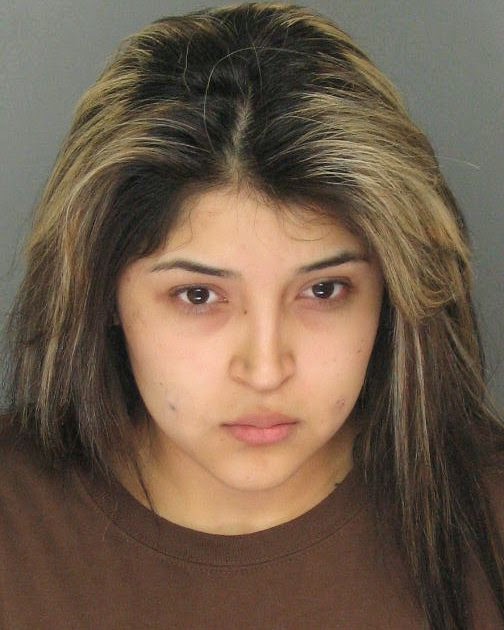 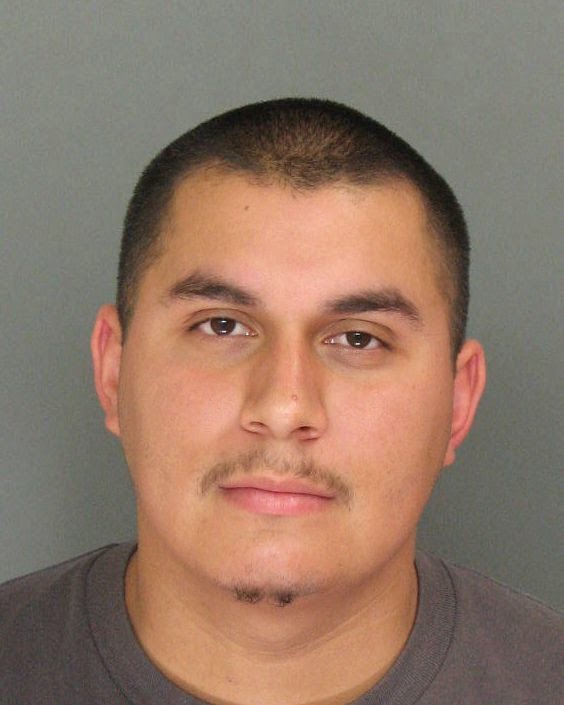 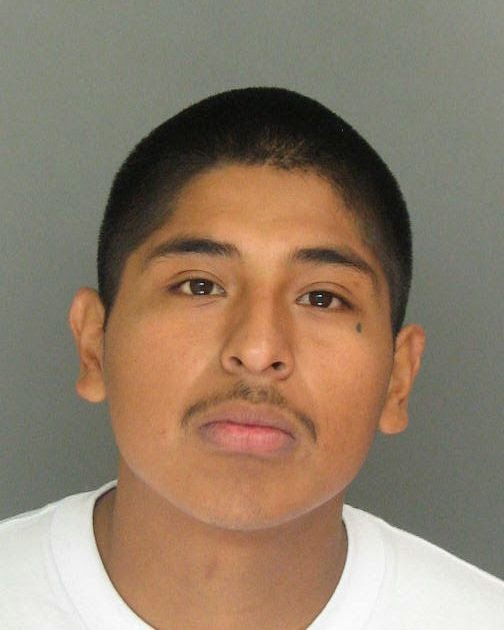 Folks....this was great proactive work by our team preventing a possible tragedy.  These guys weren't carry guns because they didn't expect something to happen!!

Case #14S-09038
A 12 year old Watsonville gang affiliate was contacted by officers at Pacific and Church.  At 12 years old, he is already on probation and sports a number of gang tattoos.  He was searched and found to be hiding a homemade hammer/weapon concealed in his pants. When asked why he had the weapon, he indicated he was fearful of rival gang attacks.  A photo of the weapon is attached.  The juvenile was arrested and booked into juvenile hall for possession of the weapon and violating his probation terms. 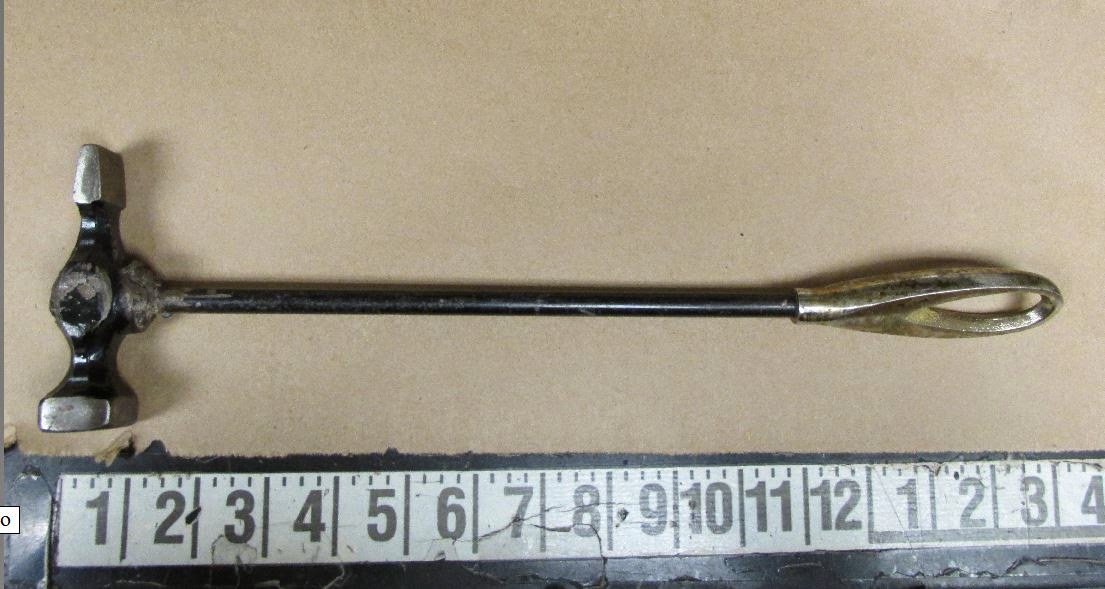 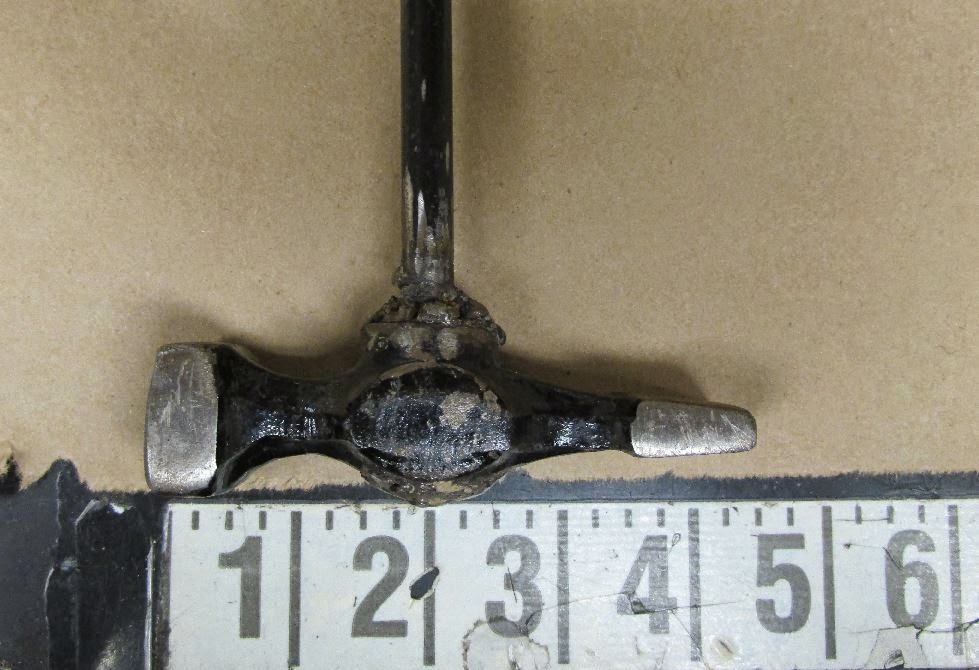 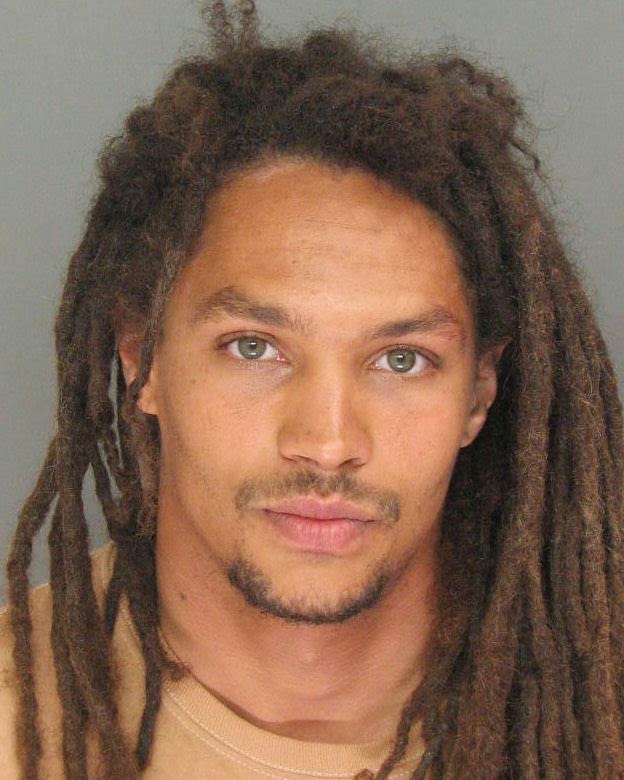 Notable Arrests in the rest of the city included:

Case #14S-09064
This case involved a single vehicle DUI collision at Mission St and Miramar.  The suspect collided with a city light pole and no parking sign posts.  The driver attempted to flee the scene but his car had been disabled.  When officers arrived, he attempted to flee and fought with both officers.  Both officers sustained injuries from the suspect.  One of the injured officers will have to undergo additional medical evaluation before returning to work.  Arrested was:

Case #14S-09062
A second DUI crash occurred at Bay and High Streets.  The suspect collided with a center median and signal light pole.  Arriving emergency medical personnel found the suspect sitting on the curb.  As they approached to help him, the suspect started throwing punches at the air and moved toward the fire and ambulance personnel.  Arriving officers witnessed this and quickly subdued the driver.  Arrested was:

Case #14S-09059
A prowler was reported in 2 backyards in the 500 block of King Street.  Officers located a 48 year old Scotts Valley man who was found to be extremely intoxicated.  The suspect was trying to find his way back to his Scotts Valley home and believed he was in his neighborhood.  Officers arrested Greg Vandervoort, 48 years old, Scotts Valley resident for public intoxication.  Photo not available at time of release.

That's it folks.  Hope you had a safe and fun Halloween!  We'll leave you with a photo of that pumpkin lit at night!!! 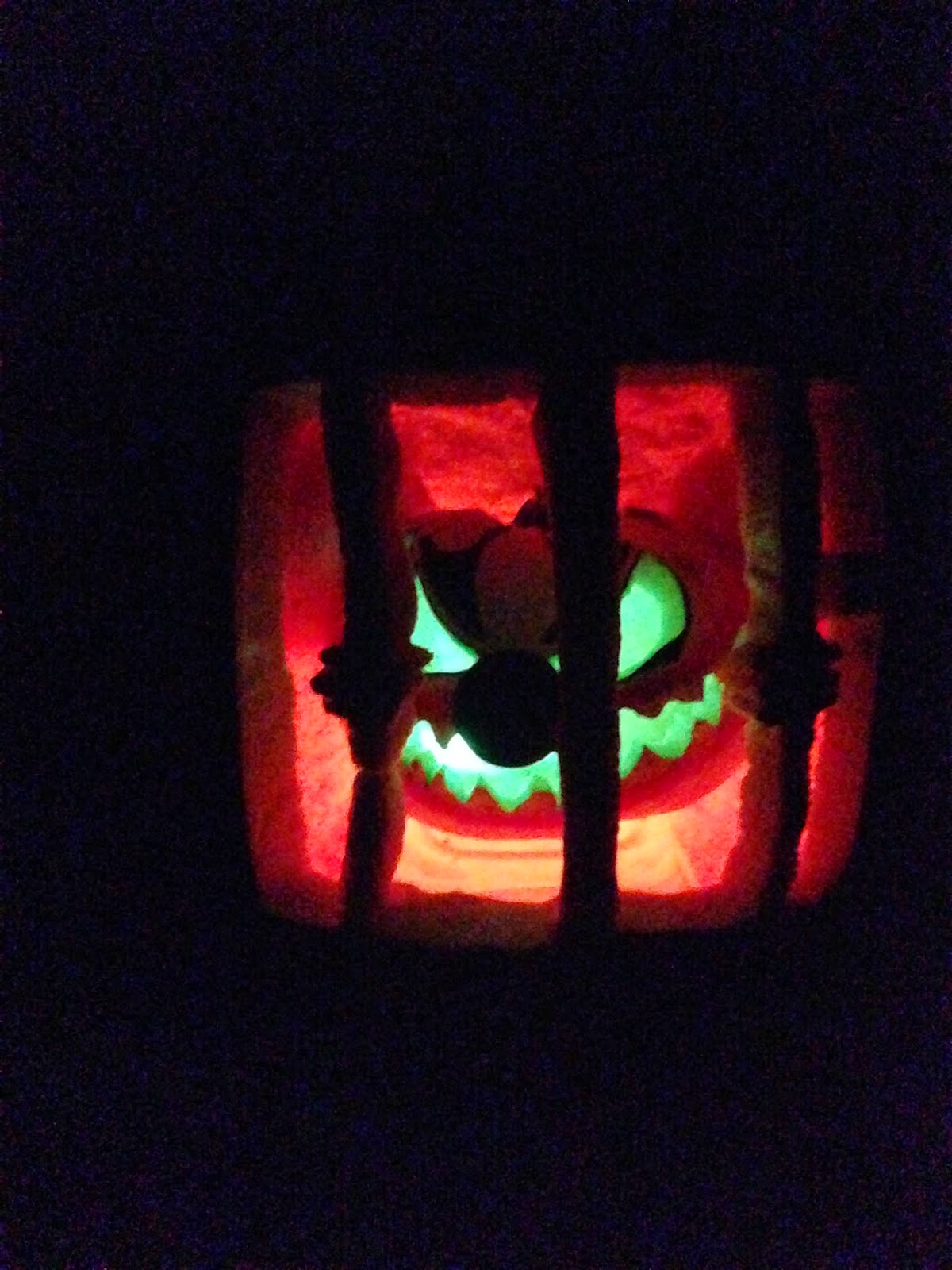